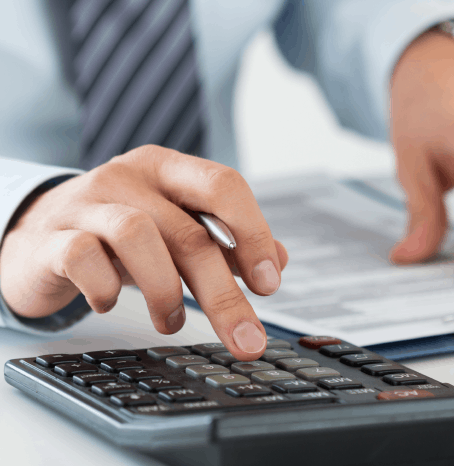 After many years of angst and analysis, the NCUA finally released its “new and improved” Supervisory Committee Audit Guide on January 8, 2020. The new Guide replaces the 367-page Supervisory Committee Guide for Federal Credit Unions, which was most recently revised more than two decades ago in December 1999. Not surprisingly, the new guidance significantly expands the procedures required to be performed and details what those procedures should entail.

The new Guide is bigger, contains more testing, and covers areas previously never tested before (so get ready now). According to an informal survey of CPA firms serving credit unions from around the country, it is estimated the new audits will require up to 50% more effort (and fees) just to complete the basic procedures. This revision is more than just aesthetics.

The procedures in the previous guide allowed for many of the sample sizes, thresholds, and specific documentation to be determined in consultation with the Supervisory Committee. The updated procedures have taken most of this judgment away from the committee, often providing specific minimum thresholds for sample sizes and examples of acceptable supporting documentation. Say goodbye to judgment but hello to larger testing sizes!

The new guide does provide some helpful tips such as for key terms and definitions; many of which were previously only known to auditors and the initiated few. This new section can be used to better educate members of the Supervisory Committee and management with respect to the various terms. One secret term previously shrouded in mystery and intrigue is the concept of “materiality”. Testing is now unlimited (and required) for balances and transactions which exceed the defined materiality threshold. Luckily the Guide explains materiality as “GL balances or transaction volumes greater than five percent (5%) of the credit union’s net worth”.

WHAT ELSE IS NEW?

There are at least six new areas called out by the new Guide, including required testing over Employee and Official Accounts, Fixed Assets, Income & Expense, Information Systems, and Human Resources (i.e. payroll). To illustrate we have summarized a few of these new requirements:

Because of the inherent risk associated with related-party and employee transactions, the NCUA added procedures to specifically test a sample of employee and official (related party) loans originated in the audit period and document in the report any issues with respect to the processing of those loans. The NCUA also added similar procedures related to employee and official (related party) share accounts.

In the previous guide, fixed assets were not tested under the minimum procedures. This new Guide mandates testing of fixed assets sold (ensuring the proper recording of gain or loss), fixed assets acquired (comparing book value to underlying support) as well as mathematical testing of depreciation expense. You will probably need a fixed asset sub-ledger upgrade!

This new area of testing will likely result in the most significant impact on the time spent during the SC Audit. The Guide now requires extensive testing and validation of all “material” operating expenses (i.e. non-interest and non-payroll), as well as validation of quarterly employer payroll tax reports (Form 941).

Information Systems – Keeping IS Up to Date

Times have changed and credit unions rely significantly on more advanced information systems than at the turn of the century. The NCUA has expanded requirements to validate and test various user access system controls for the core and other key operating systems. In addition, you must now prove your compliance with the written information security program outlined in NCUA Rules and Regulations Part 748. This alone is a significant shift in testing.

Personnel – Show Me Your Form W-2?

For many credit unions, the largest item of noninterest expense in the income statement is typically related to wages and benefits. The NCUA has added procedures related to the testing of controls around the human resources processes; including testing employee files for proper documentation around hiring, performance reviews, and salary authorization, as well as testing of pay rates and paychecks issued to individuals who are not employees of the credit union.

OTHER SIGNIFICANT ADDITIONS and TWEAKS

Certain areas previously tested under the old guidance were not overlooked and many have some expanded testing requirements themselves or were slightly modified in some way. The more significant tests include the nature and depth of testing of other asset categories, other liabilities, bank, and cash account testing, validating completion of ACH exams in accordance with NACHA guidelines and anti-money laundering activities in accordance with the U.S. Patriot Act, and of course testing wire activities. As always, we will be extensively testing member loans, share accounts, investments and everything else as per usual.

IN SUMMARY – BIGGER IS BETTER

Ultimately we believe these changes are better – although the new Guide will expand the scope, budgets and time needed to prepare and execute the SC Audit – so it is crucial for your credit union and supervisory committee to modernize the independent oversight and governance required in the modern age. We recommend you plan early and prepare for these changes during the upcoming year. Our team at Hauser Jones & Sas offers training for supervisory committees to help them understand everything they need to know about financial statements, audits, external reviews, risk and more. We’ll catch you up on the new Supervisory Committee Audit Guide.

For 35 years and counting, we have helped credit unions of all sizes to be successful and we currently serve more than 50 in the Pacific Northwest, Alaska and around the United States. At Hauser Jones and Sas, we’re about people, relationships and trust. You deserve a reliable and knowledgeable partner who understands the regulatory and operational challenges of credit unions. Contact us for more information on how we can help your organization.

You will for sure benefit from professional assistance in implementing the new Supervisory Committee Audit Guide requirements. If so, LET’S CHAT.

We are pleased to announce that the tax and accounting team from Jeff W. Torrance & Associates, CPA is joining Hauser Jones & Sas PLLC beginning January 1, 2022.  The combination follows Mr. Torrance’s exit from the firm to pursue a “once in a lifetime”

What Our Clients Are Saying

They provide direct, personal, accurate service that is customized for your business position.

As long as I have a business, I will use Hauser Jones & Sas.

They are always available when I have a question and they get back to me in a timely manner.

They really know their stuff.